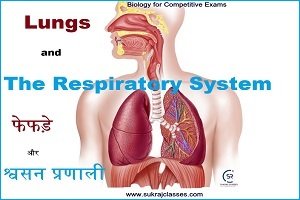 Lungs and The Respiratory System

The lungs are the main component of the human body’s respiratory system. They look a lot like sponges and located on either side of the chest (Thorax).

{Thorax– Thoracic cavity of the chest} 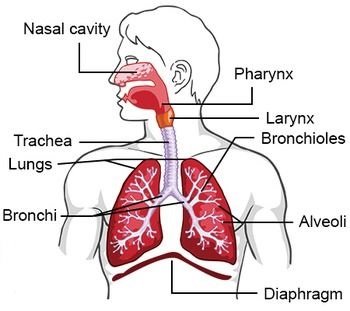 Other parts of the respiratory system help our lungs to expand and contract as we breathe. These include the ribs around the lungs and the dome-shaped diaphragm muscle below them.

When we breathe, air comes down from our nose or mouth through the trachea or windpipe, into two large tubes called the bronchi.

There are Main two process takes place in Respiration process:

If you like and think that Biology topic on “Lungs anatomy and The Respiratory System (फेफड़े और श्वसन प्रणाली)” is helpful for you, Please comment us. Your comments/suggestions would be greatly appreciated. Thank you to be here. Regards – Team SukRaj Classes.