Biology topic – “CELL (कोशिका)”, is important for all competitive exams like SSC CGL, SSC CHSL, RRB NTPC, UPSC and other state civil services exams. In these exams, almost 4-5 questions are coming from Biology. Let’s start the topic: Cell (कोशिका) and Its functions.

CELL (कोशिका) and Its Functions 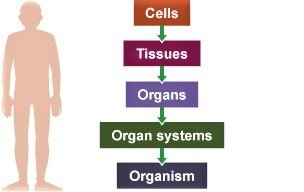 Cell Structure has a big theory. Here we will discuss only some important term for cell structure which are important for exams point of view. Please have a look:

Cell nucleus (कोशिकीय केंद्रक):   It is a cell’s information center, so it is called ‘Brain of Cell.’ A nucleus is the mostly found in a eukaryotic cell. It houses the cell’s chromosomes, and is the place where almost all DNA replication and RNA synthesis occur. The nucleus contains the cell’s DNA and directs the synthesis of ribosomes and proteins.

Mitochondria (माइटोकॉन्ड्रिया):  It generate energy for the cell, so Mitochondria are often called the “powerhouses” or “energy factories” of a cell because they are responsible for making adenosine triphosphate (ATP). Respiration occurs in the cell mitochondria, which generate the cell’s energy by oxidative phosphorylation, using oxygen to generate ATP.

Mitochondria contain their own ribosomes and DNA; combined with their double membrane.

Enzyme (एंजाइम): It is globular protein that catalysis a biological chemical reaction.

Cell wall (कोशिका भित्ति):  The cell wall acts to protect the cell mechanically and chemically from its environment, and is an additional layer of protection to the cell membrane.          Different types of cell have cell walls made up of different materials:-

Chlorophyll (क्लोरोफिल):  It is a green photosynthetic pigment found in plants, algae, and cyanobacteria. Chlorophyll absorbs mostly in the blue and lesser in the red portions of the electromagnetic spectrum, hence its intense color is green.

Chloroplasts (क्लोरोप्लास्ट):  Chloroplasts can only be found in plants and algae so it generate energy for their cells. They capture the sun’s energy to make carbohydrates through photosynthesis.

Chromoplasts (वर्णीलवक):  These are colored plastids which found in fruits, flowers, roots, and leaves.  Chromoplasts is reason for the color of these plant organs. Chromoplasts colored due to the pigments that are produced and stored inside them.

Important Facts about Cell and its modus-operandi for Competitive Exams:

Related Videos on above cited subject:

If you like and think that it was helpful for you, Please comment us. Your comments/suggestions would be greatly appreciated. Thank you to be here. Regards – Team SukRaj Classes.