A lens is a piece of transparent material that bound by two surfaces, of which one or both surfaces are spherical. Lens is shaped as which make cause light rays to bend in a specific way as they pass through it, whether this make converge or diverge to a specific point.

The material used could be a piece of glass or plastic, and the shape of the lens determines whether it causes light rays to converge or diverge.

The classification of a lens depends on how the light rays bend when they pass through the lens. The two main types of lenses are:

There are two basic type of lenses: A convex lens is a lens that converges rays of light that are traveling parallel to its principal axis. So, this is also called “converging lens”.

This lens is thick at the center but thin at the edges.”

Principal axis: An imaginary straight line passing through the two centres of curvature of a lens is called its principal axis.

Centers of curvature: – A lens, either a convex lens or a concave lens, has two spherical surfaces. Each of these surfaces forms a part of a sphere. The centres of these sphere are called ‘centres of curvature’ of the lens.

Use of convex lenses: The lens causes the parallel rays of light to diverge from a point. This is called a concave or diverging lens. This lens is thin at the center and thick at the edges.

Use of concave lens:

Difference between the convex and concave lens: –

Power of lens (लेंस की क्षमता): The degree of convergence or divergence of light rays achieved by a lens is expressed in terms of “Lens Power”.

Some important points of lenses:-

A mirror is a reflective surface that light does not pass through, but bounces off and this produces either a real image or a virtual image.

The main two types of mirrors are: Some important points of plane mirrors: 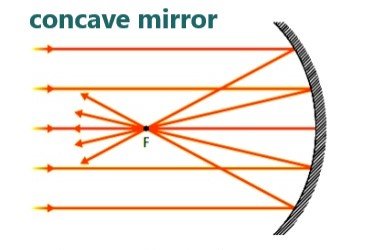 Spherical mirrors in which inward surface is painted, is known as concave mirrors.

Light converges at a point when it strikes and reflects back from the reflecting surface of the concave mirror. Hence, it is also known as a converging mirror. 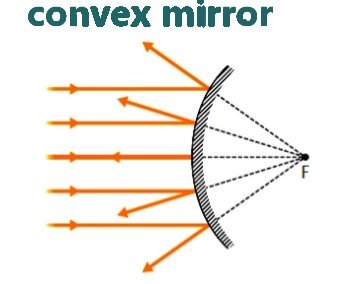 Difference between Mirrors and Lens:

If you like and think that General Science (Physics) topic on “Lens and Mirror – लैंस और दर्पण” was helpful for you, Please comment us. Your comments/suggestions would be greatly appreciated. Thank you to be here. Regards – Team SukRaj Classes.