Force acts differently according to the type of motion of the objects. 1) Planets orbiting around the Sun.

2) Revolving of electrons in their orbital.

3) Stone bind with thread and move with finger.

4) Rides in a roller coaster. 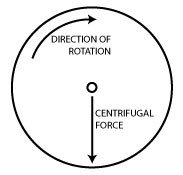 F  is the Centrifugal force

m is the mass of the object

v   is the velocity or speed of the object.

The force of gravity is the force with which the earth, moon, or other massively large object attracts another object towards itself.

The force exerted by two bodies with mass m1 and m2, whose centres is r units apart is given as:

(i) The “force of gravitational” occurs maximum at the poles of the earth, Mainly on the “North Pole”.

(ii) Gravitation force is “zero” at the centre of the earth.

(iii) Gravitation force is the weight of the object, Hence we can say that the weight of object maximum at the poles and zero at the centre of the earth.

(iv) When we go above from the surface of the earth and towards the centre of earth. In both case, force of gravitational force become decrease.

“The force of attraction between the same types of molecules” is known as cohesive forces. “The force of attraction between different types of molecules” is called adhesion force.

the magnitude of the electrostatic force between two point-like charges is inversely proportional to the square of the distance between the charges: 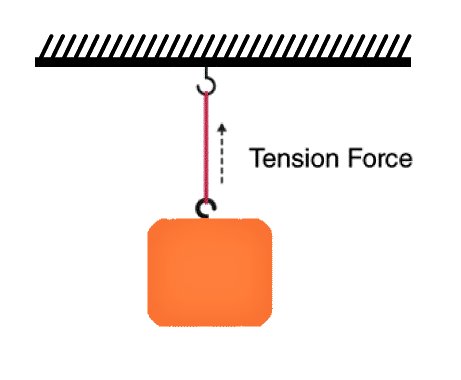 If you like and think that General Science (Physics) topic on “Mechanics – Force & Its Types (बल एवम् इसके प्रकार)” was helpful for you, Please comment us. Your comments/suggestions would be greatly appreciated. Thank you to be here. Regards – Team SukRaj Classes.